The Story So Far

In year 1 we worked with Dixons Unity Academy and Leeds East Academy. Over 700 people from both schools came to Leeds Grand Theatre to watch Northern Ballet’s production Victoria. Many of the pupils had never been to the theatre before, let alone seen a ballet. To make the ballet more accessible, we ran pre-visit workshops to unpick the production and even learn some of the steps; it was fantastic to see pupils benefit so greatly from the experience. The visit opened their eyes to the heritage of Leeds by visiting such a historic building, showed them how language is not a barrier to telling stories, and they learned about the Victorian period in British history. Another highlight was the Regional Cultural Runway hosted at Leeds City Museum. This was the first opportunity to perform in front of an audience for many in the group and potentially a nerve-wracking experience, but we were blown away by their confidence on stage and ability to express themselves in front of others. We began with a group of under-confident pupils and ended with assured performers who will be able to access those skills again in the future.

We worked with Airedale Academy and Castleford Academy in year 2 of the project. Pupils from both schools were invited to Northern Ballet HQ to find out more about how a ballet company works. Pupils took part in workshops with different arts professionals such as a set designer, costume designer, choreographer, film maker and dance artist. This was a rare insight into the behind the scenes process which is usually closed to the public. It also helped pupils to realise that there are many careers in the arts, increasing their aspirations, and helping them to realise that a future in the arts is not just for the elite.

Year 2 of the project was dramatically impacted by the arrival of Covid 19. As schools began to close we quickly worked to develop digital resources for pupils to use at home. We teamed up with American Ballet Theatre and led pupils through work exploring both ballet companies and encouraging creativity. In such a uniquely difficult period, it was a huge achievement that pupils from both Yorkshire schools, and schools in New York, were engaged in the project and creating some fantastic work. The work was so strong that we were able to work with Northern Ballet’s Artistic Director of Digital to take those ideas and turn them into spectacular dance films with professional dancers from Northern Ballet and American Ballet Theatre. Take a look at what we made: 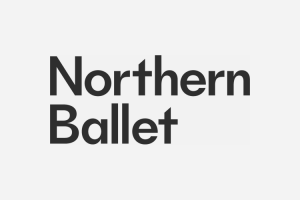 We were also fortunate that our planned dance film with Airedale Academy was finished, although it was a little different than we had expected! Watch Escape (video above), created by year 9 BTEC Performing Arts pupils.

Take a look at what we got up to at Castleford Academy pre-lockdown (video above), when we were delivering creative dance classes, set design and costume making sessions!