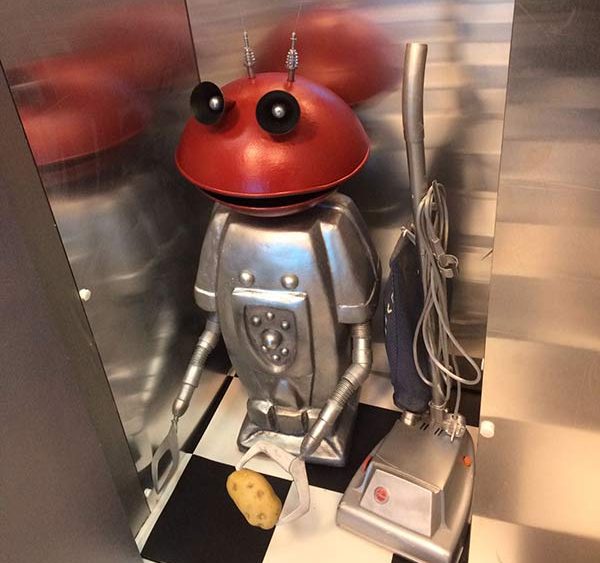 January 2017 marked the 100-year anniversary of British advertising. To celebrate, the IPA put an event at the Truman Brewery showcasing some of the best ad campaigns reflecting on the past and the future of advertising.

I was lucky enough to go along to the exhibition, where it was like travelling through time to understand how ad campaigns have changed. From wartime posters to the famous drumming gorilla by Cadbury, all the golden oldies were there!

As I walked around, I felt like I was in a different era. There were lots of quotes by key leaders in advertising from David Ogilvy to Sir Martin Sorrell on how they viewed advertising. There were also posters showing the top advertisers like BT and Unilever and the top agencies like VCCP and Saatchi & Saatchi, the kind of people we are lucky to work with!

There were loads of cool venue areas with fun stuff to try out. Google had a modern setting showing the power of digital advertising and how six-second ads can be so effective. I got to try a VR headset, which was really cool and really emphasised how far technology in advertising has come. Channel 4 had set up a news studio where people could become presenters and present on TV in front of their friends and family, so much fun!

There was also a Hall of Fame exhibit showing some of the most influential people in British advertising including our very own founder Robin Wight.

It was a great experience and a good way to end the week. I enjoyed seeing adverts in their context and comparing them to today’s advertisements, and seeing what has changed.